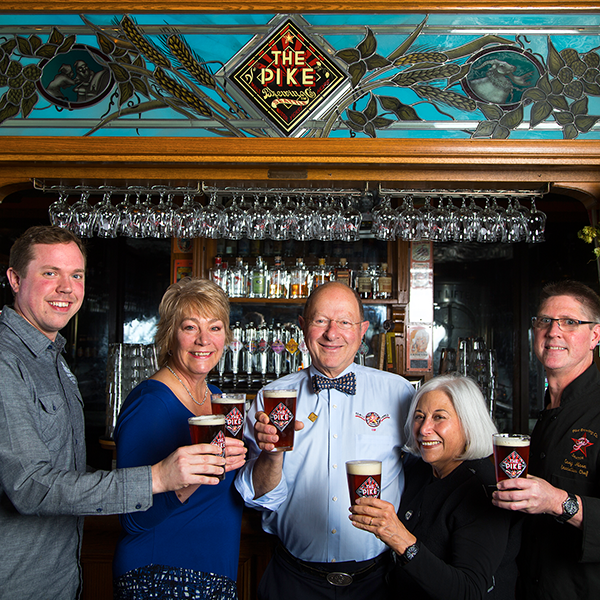 Here’s something you might not know: Pike Brewing is Seattle’s original beer trendsetter. They’ve cared about local, craft beer and giving back to their community since 1989! Throughout the 28 years that they have called Pike Place Market their home they have stayed true to their ideals.

Starting with the craft aspect of their beer, Pike Brewing was the first craft beer brewery to open up in downtown Seattle and they were the fifth craft brewery in the state. They brewed their Pike IPA before hops had become the preferred flavor among bearded, plaid-sporting Seattleites.  Plus, they recognized how special the Pike Place Market was when they chose it as the location for their brewery.

With the slogan “Meet the Producer” the Market is huge on keeping it local and Pike Brewing has fit into the community values since they first opened their doors. When they re-released their original Pike Place Ale in October of 2016 it was more local than ever because they made it using all local northwest malts.

And of course, they give back. Pike Brewing supports the social services and low income housing located in the Market and they put their money where their mouth is in two different ways. First, proceeds from Pike Place Ale support the Pike Place Market Foundation! Every time you buy a Pike Place Ale we are gifted funds which we can then turn around and grant to our social services here in the Market. Second, Pike Brewing always shows up at the Market Foundation events – from our Pike Up! campaign fundraisers to Sunset Supper, Arcade Lights and their infamous Piketoberfest.

If you are feeling thirsty AND supportive after reading all about their amazing beer you can come on down to the Pike Pub and get their beer straight from the keg. Thank you Pike Brewing for making it possible to drink delicious beer and build community at the same time.