Rally Together for the Market!

Rally Together for the Market is streaming LIVE on Thursday, May 20th! 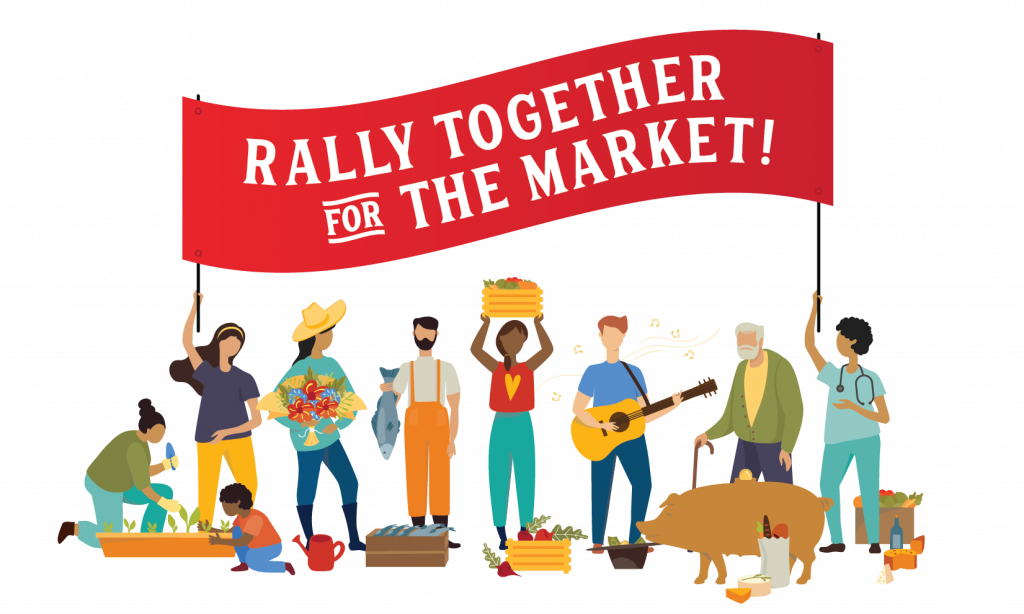 Rally Together for the Market! is a live-stream showcase from the Pike Place Market Foundation.

Join us to see how we’ve overcome the challenges of the past year and what’s ahead as we rally together for the Market’s road to recovery.

In preparation for next week’s livestream, Rachel the Piggy Bank has a couple of ideas on how to host a Virtual Watch Party for May 20th!

Featuring live performances from Market artists near and far! 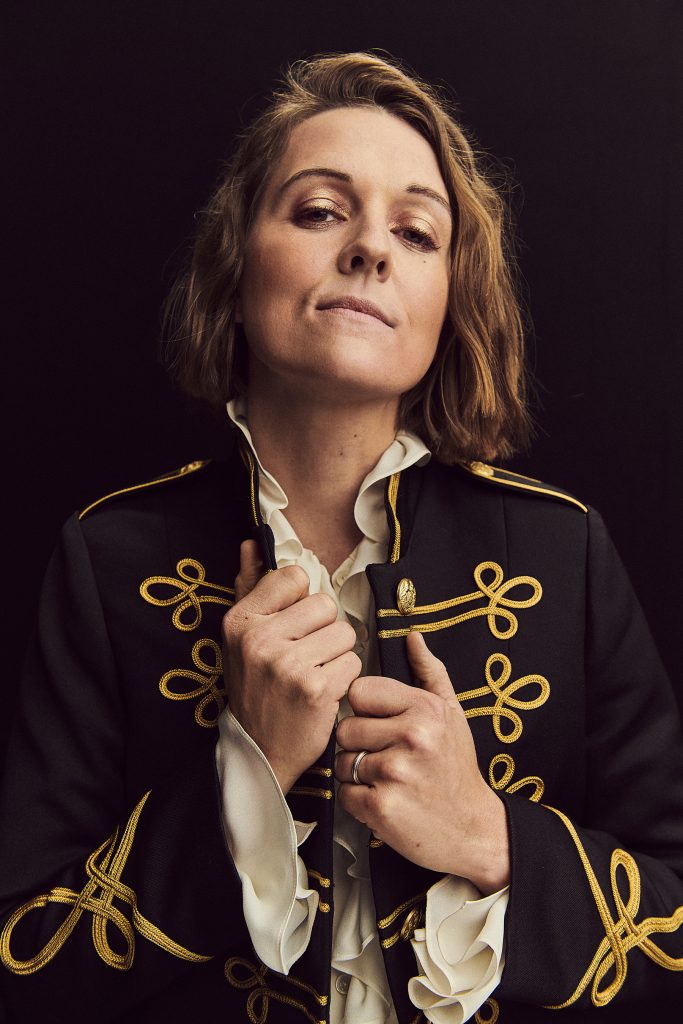 Brandi Carlile is a six-time Grammy Award–winning singer-songwriter, performer, and producer. Since her debut in 2004, she has released six studio albums and was the most nominated female artist at the 2019 Grammy Awards, with six nominations, including Album, Record, and Song of the Year. In her early career, Brandi Carlile could be found performing as a busker in Pike Place Market. 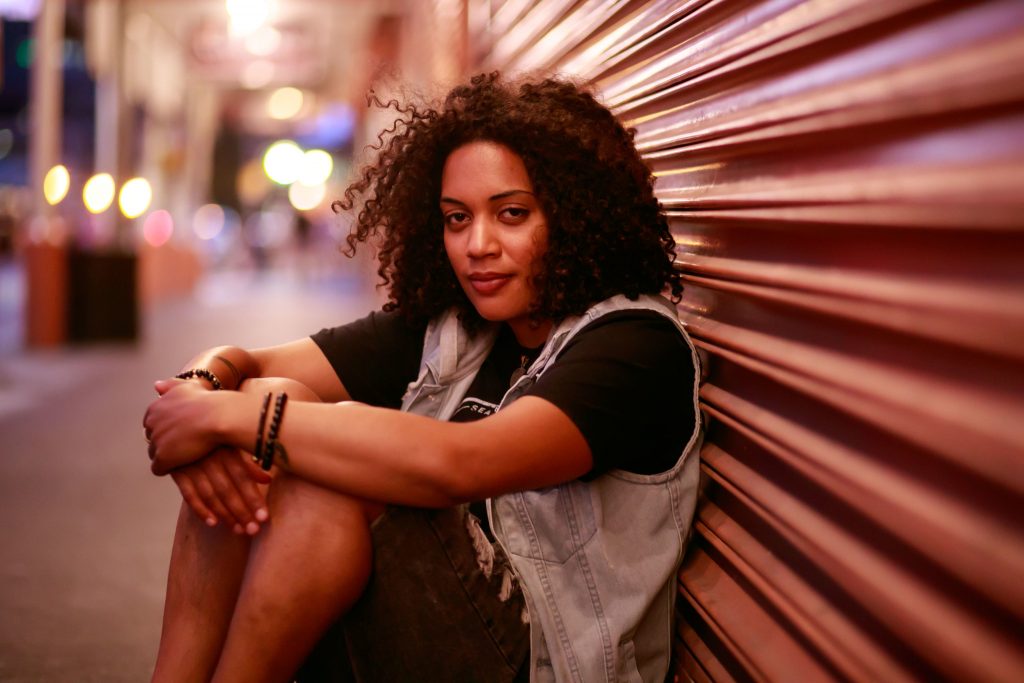 Whitney Mongé learned to capture the power of authenticity while honing her skills as a street performer in Pike Place Market. With or without the elevation of a stage, each part of her performance, from the passion of her powerful, smoky voice to the intensity of her soulful guitar playing, draws listeners into an embrace within each truthful moment of song. From supporting Ziggy Marley, KT Tunstall, and Mayer Hawthorne to headlining premiere venues in the Northwest and recently touring Europe; Whitney has made a name for herself locally and soon nationally. 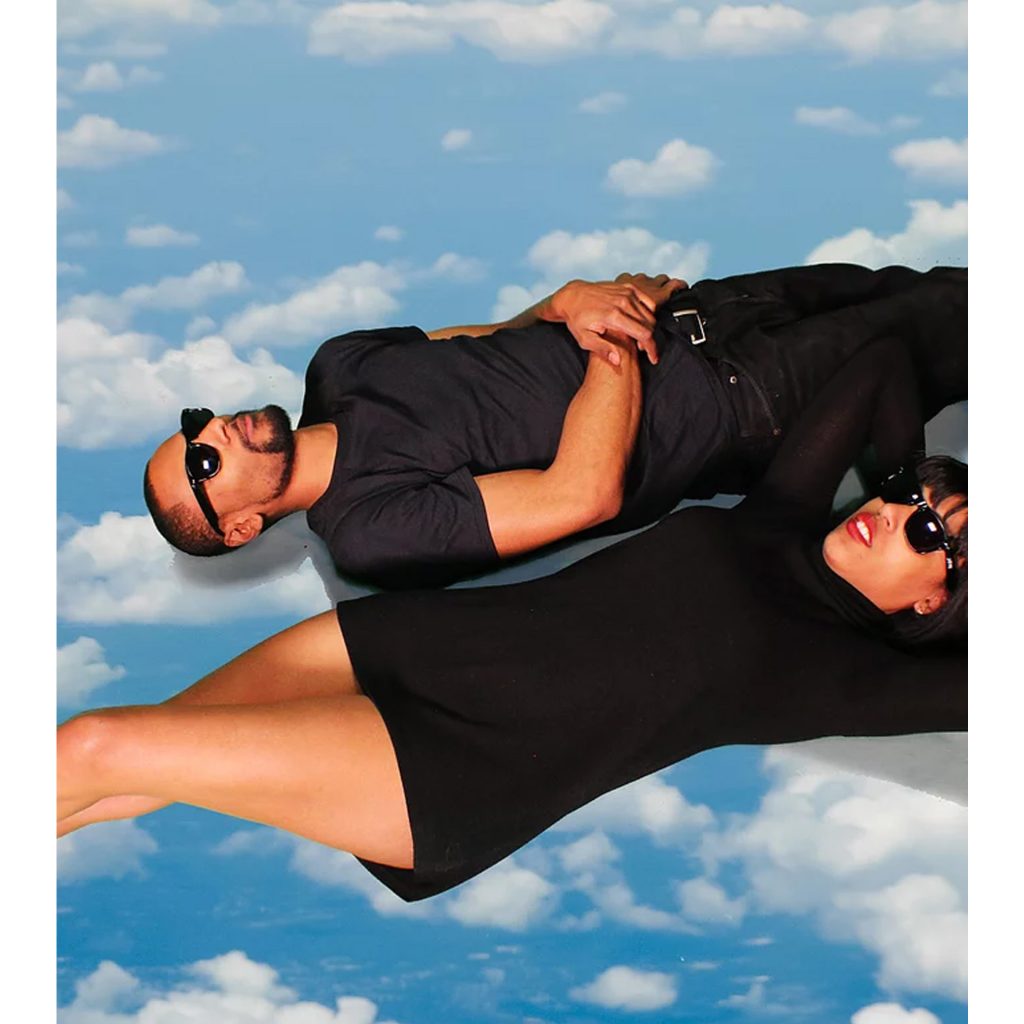 Seattle-based rock ‘n’ roll band, The Black Tones, welcome audiences into their musical family every time they take the stage. Whether sharing an evening with the group as it opens for Weezer, Death Cab for Cutie or Mavis Staples, or rocking a late night gig as the band headlines its own show (with mother and siblings in tow) at a prominent Emerald City venue, to know The Black Tones is to be a part of their extended sonic kin. 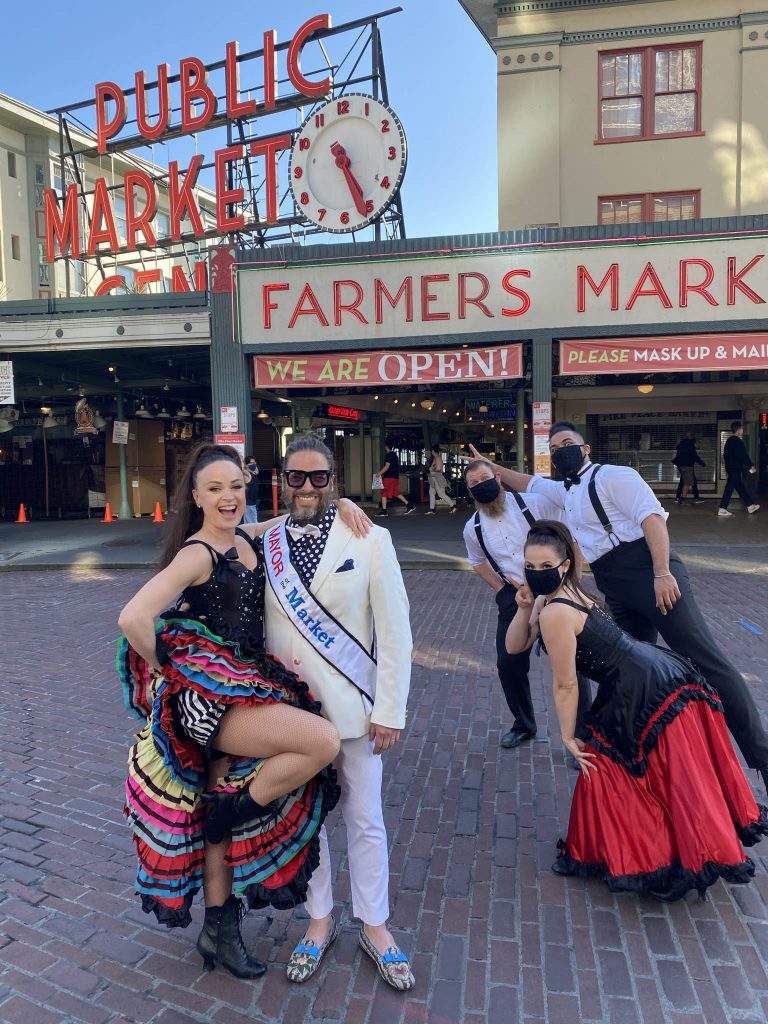 Founded in 2005 by artistic director Chris Pink and nestled underneath the world-famous Pike Place Market, Can Can’s intimate underground setting is evocative of Paris at the turn of the 20th Century. At the heart of the institution is Can Can’s core creative team whose transformation of the unique venue with each new show features ever-changing scenic design, choreography, music, costuming, and more several times a year. 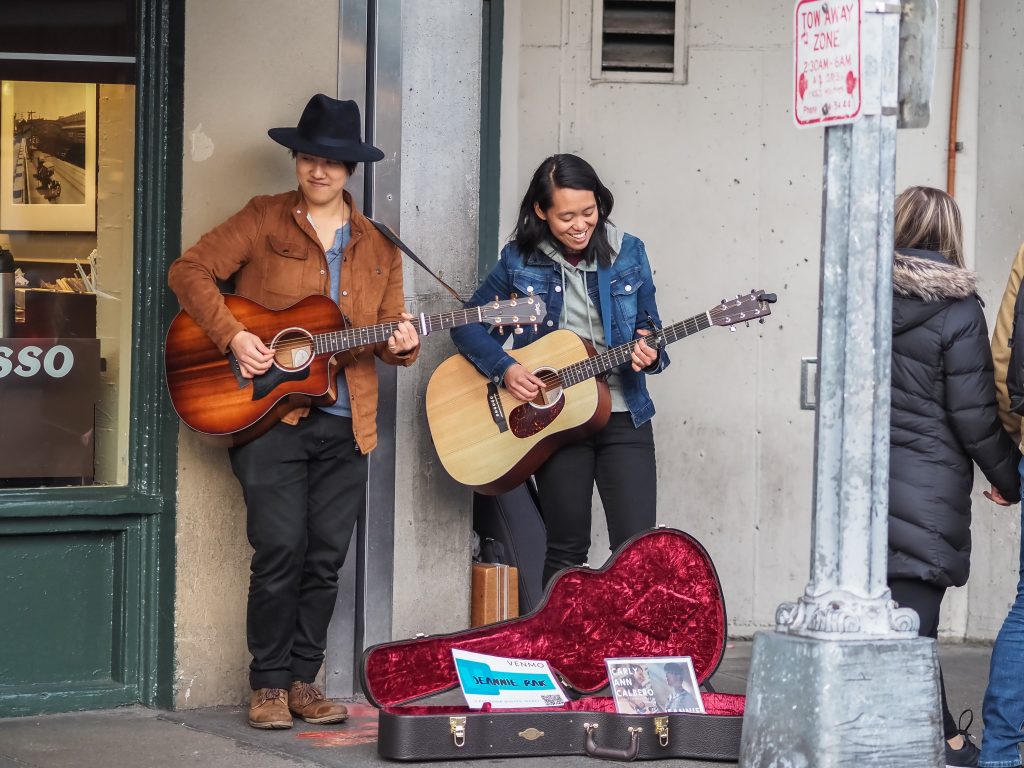 Carly Ann Calbero and Jeannie Rak are local Seattle musicians who are buskers at Pike Place Market. When they sing together at the Market, beautiful harmonies and soul-stirring melodies echo throughout the neighborhood. They’re also known for their generosity and big hearts for the Market community, seen in the Market Busker Fund they started in 2020 to support Market musicians recovering from the COVID-19 pandemic. 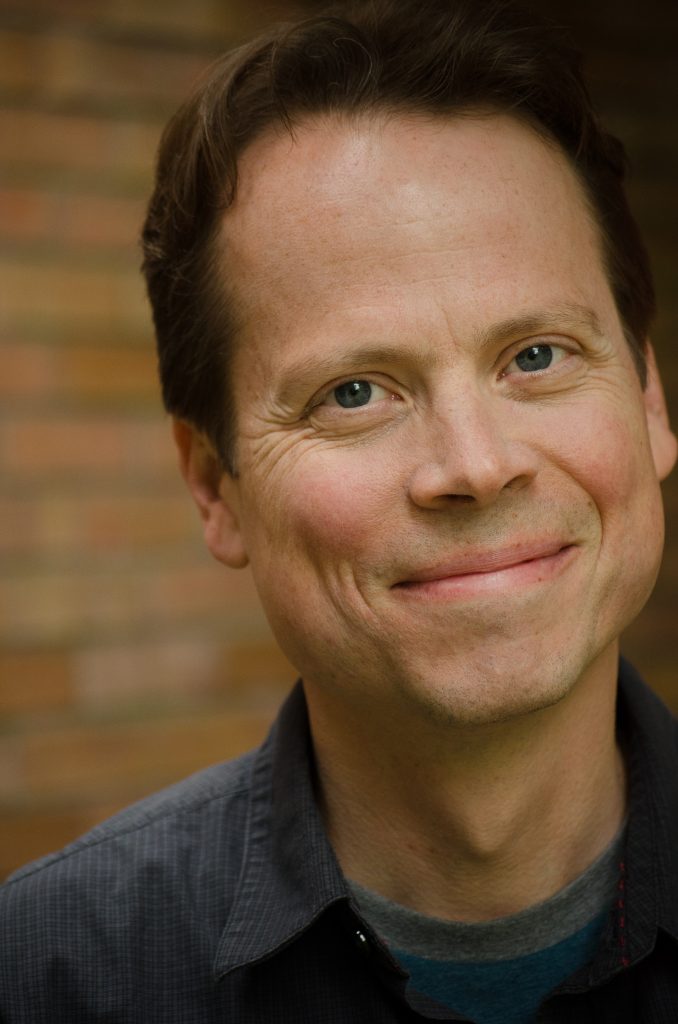 Ron Hippe is an actor, comedian, singer-songwriter and emcee with deep roots at Pike Place Market. Ron can be found performing comedy improvisation with Seattle’s TheatreSports (Unexpected Productions), and he has worked with a number of improv companies around the globe in San Francisco, Los Angeles, Orlando, Atlanta, Vancouver, New York, London, and Austria. Ron has appeared in productions with the Intiman, ACT, and Seattle Rep theatres and also appeared on Broadway in the Pulitzer prize winning play The Kentucky Cycle. 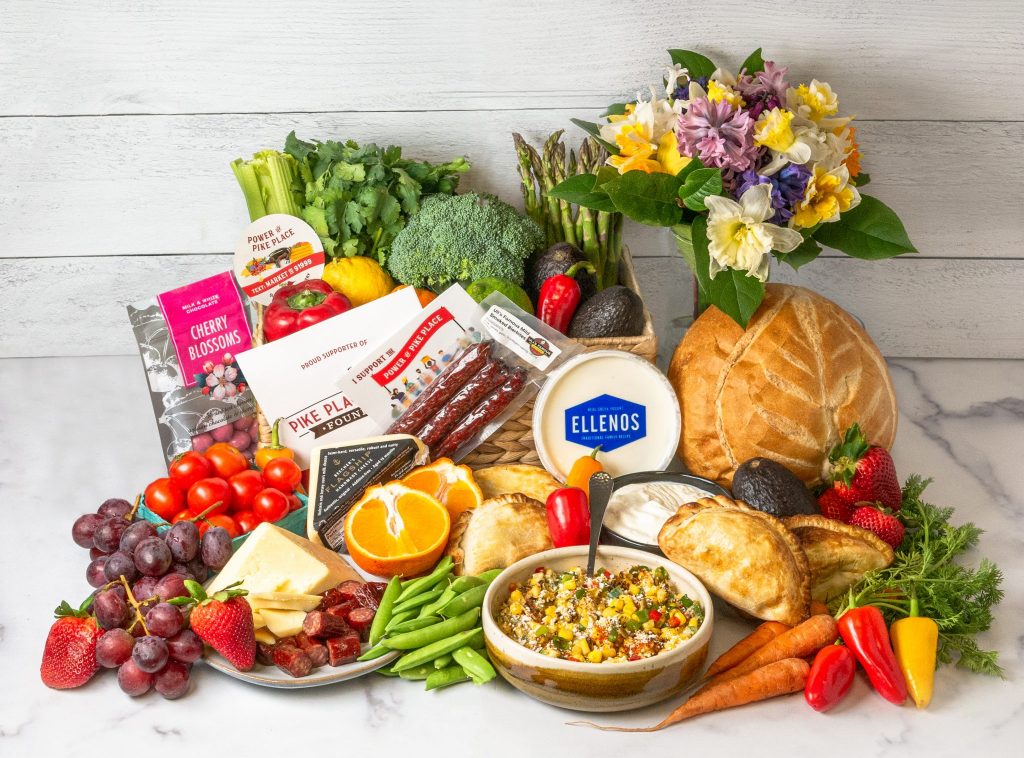 Savor Seattle has curated this special box of fresh Market favorites for the event, featuring delicious tastes from Maria Luisa Empanadas, Uli’s Famous Sausage, Beecher’s Handmade Cheese, and so much more. PLUS! Market boxes will donate directly to our recovery fund, with a $25 donation for every Market Works Box and $10 donation for every Classic Box.

Thanks to our Sponsors!