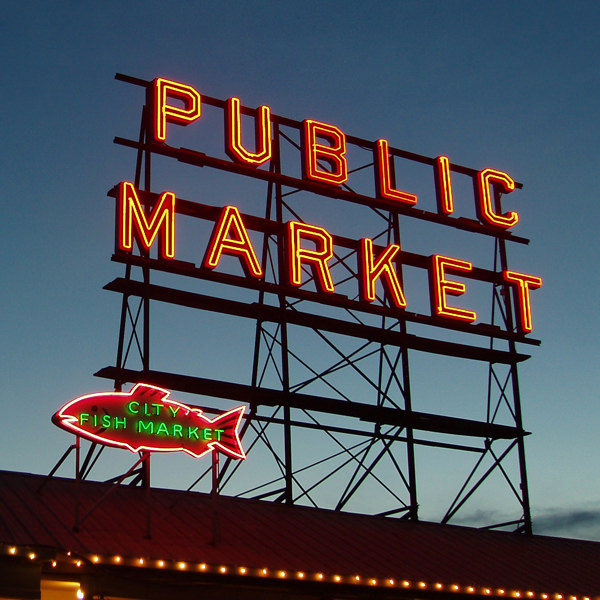 For Robin Karns the Pike Place Market feels like home. That might have something to do with the fact that her relationship with Pike Place stems from her relationship with her father. Her Father, Oliver Davies, who grew up in Seattle, shopped at the Market for fresh produce with his family. Once he married and started a family of his own he brought them to the Market as well. They kept coming back for the fresh produce, the reasonable prices, and quite frankly, the nostalgia. Robin says that even when her family moved to Pierce County they continued to make special trips to the Market whenever they could.

When Robin landed her first job in Seattle she would visit the Market every Thursday to do her shopping. She says, “Much like my trips as a child with my dad, I think it was more to just be around the “feel” of the Market; the vendors, the music, the people. It just feels like home.” Now that she is married she continues the tradition with her own family and her two girls LOVE the Market. If you’re keeping count that is four generations in this one family, enjoying the Market!

For Robin, the opportunity to write her father’s name into Market history came at a poignant moment. Oliver had been bedridden since December of 2015. Christmas of 2016 was coming up and Robin and her family knew that the end of her dad’s life was drawing near. The idea of purchasing him a Christmas gift seemed superfluous. But one night she was watching television and heard about Pike Place’s Market Charms and their role in helping build the new MarketFront expansion. She says, “It was like a sign, I knew immediately what I needed to do!” Robin presented her father’s Market Charm to him on Christmas, bringing him to tears. Robin shared that, “He was so happy to know he was going to be a part of Market history, though we already knew he was.” 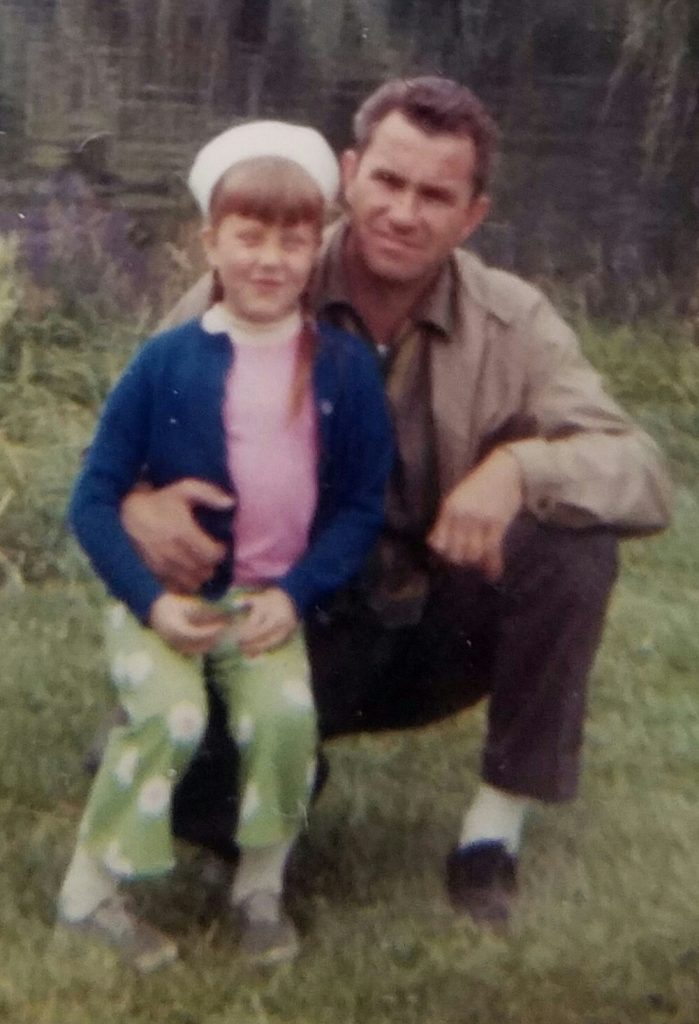 Robin and her dad Oliver.