The Juice on Jerry’s Podcast 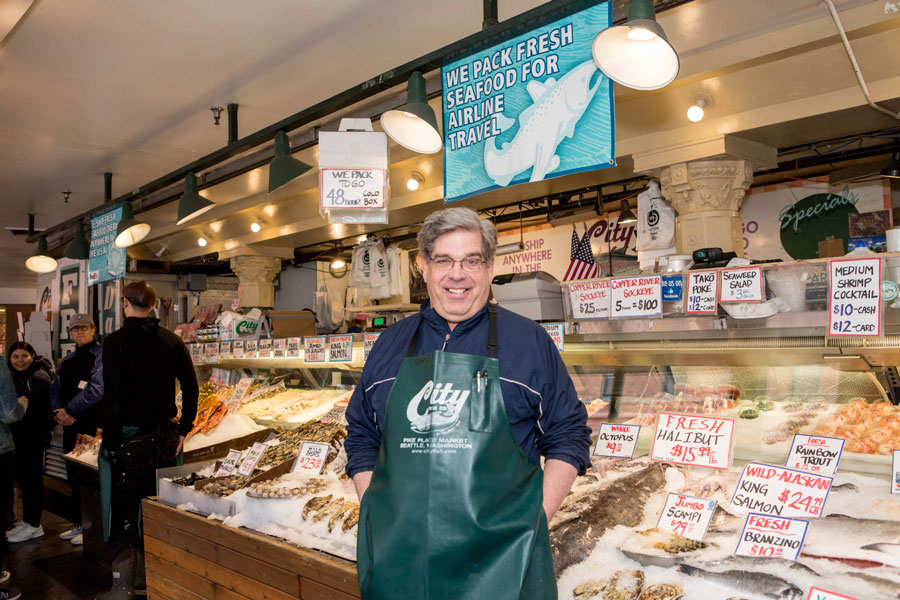 Jerry Antush is more than a fish monger at Pike Place Market. He was born and raised in Seattle and started his Market career in the 1980s as “The Juice Man” at Scotty’s Juice Bar. It was then that he first realized it was more than a Market: “It’s always been the people – that’s what’s fun about the Market, you never quite know what to expect,” said Jerry.

More than 30 years later, Jerry has worn numerous hats in the Market from The Juice Man to fish monger and other Market jobs in between. He’s now developed a new title of himself: Marketologist and, together with his producer Bob Trombley they’re hosting the Pike Place Podcast: a weekly show to tell the stories of the icons, innovators, characters and kooks who are the Pike Place Market community – characters just like Jerry “The Juice Man” himself. Subscribe to Pike Place Podcast on iTunes, Google Play or wherever you find your Podcasts.

This podcast is part of an initiative to bring new community ideas to life by the Pike Place Market Foundation through The Market Commons. Stop by The Commons (1901 Western Ave, Suite 100) to talk to Crystal Dixon if you have your own ideas for programs to enhance community connections in the Market.