When The Market Commons opened its doors in September, we couldn’t have dreamed of all the love and puppy hugs that would be happening inside of our newest community gathering space. At The Commons it’s all about making connections, whether it’s to community resources, people or puppies to prevent isolation among our senior residents.

When Emerald City Pet Rescue had some puppies in need of cuddles,The Market Commons knew just who to pair them with: the residents at Heritage House, an assisted living center in Pike Place Market. Now every month when the puppies come out to play Heritage House residents are the first ones to sign up for their dose of puppy love.

In the first six months of operations, staff at The Market Commons has helped make 4,623 connections. 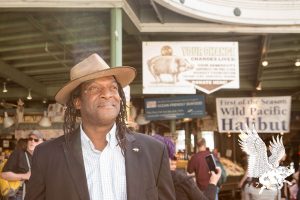 Remember Walter who was featured in his role as a volunteer at the Food Bank earlier this week? What he didn’t tell you in his story is that he was recovering from bypass surgery when he first found the community of services at the Market. After talking with staff at The Market Commons, they realized he was having a hard time with his recovery because he was sleeping on the floor of his apartment – for three years without a bed! Within 24 hours staff at The Market Commons found a service to donate and deliver a bed to Walter’s apartment.

It is resources small (like puppies!) and meaningful (like a bed!) that a supportive community (like the Market!) provides hundreds and thousands of neighbors every year.

Keep connecting people, puppies and more in the Market! 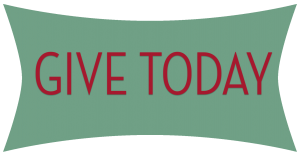 And don’t forget – up to $10,000 of donations will be matched by our board of directors!

Pike Place Market is so much more than incredible fish and flowers, among more than 500 merchants and 15 million shoppers, are our neighbors who visited the Market 170,259 times last year to access our community of services.