Love is in the air on the MarketFront The Market has always been one of Tracey and Sean’s favorite places and now they have created yet another memory there, which they can visit and cherish for years to come. If you have someone special in your life that you want to write a special message to consider inscribing it on a Market Charm. Donate today by clicking here. 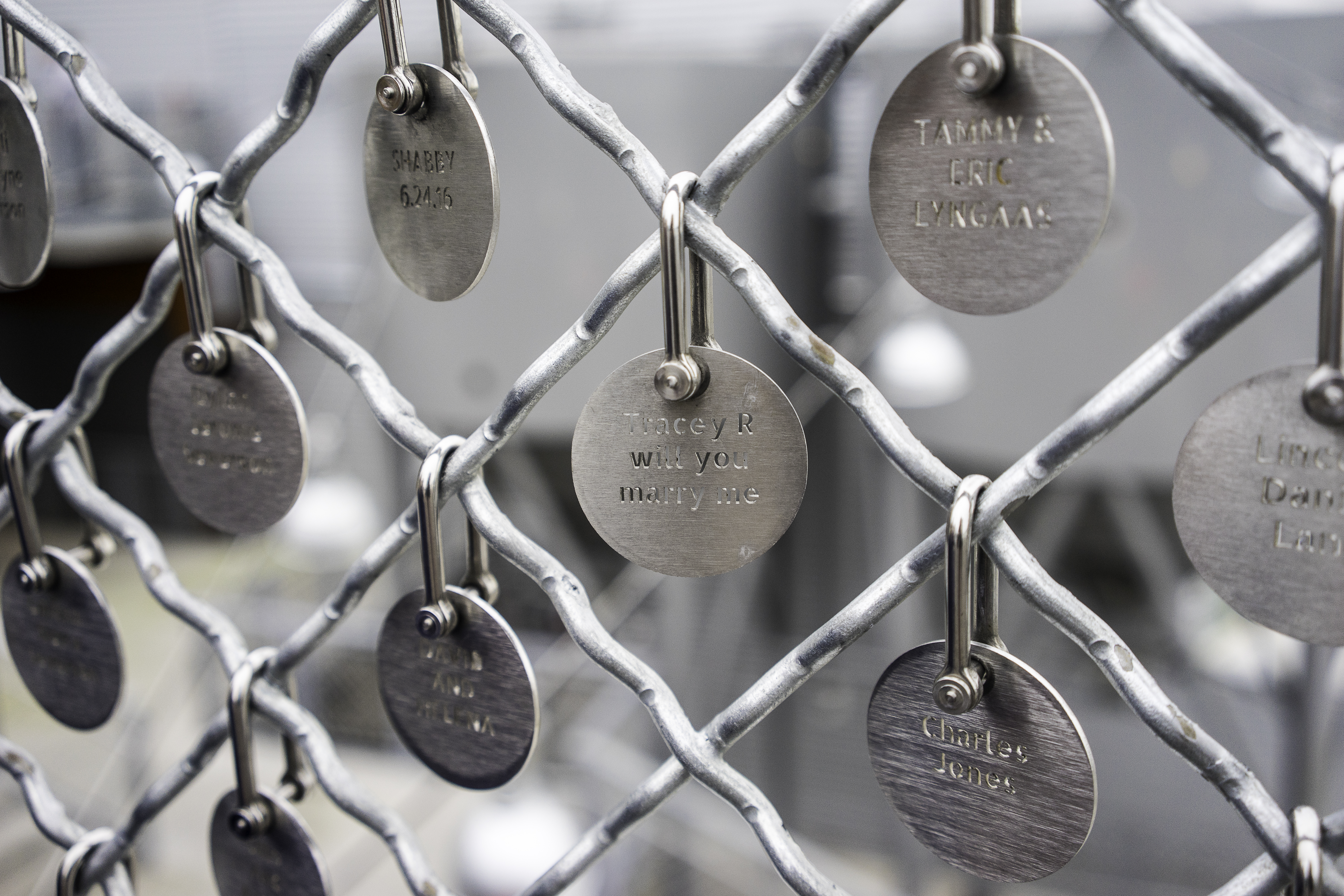